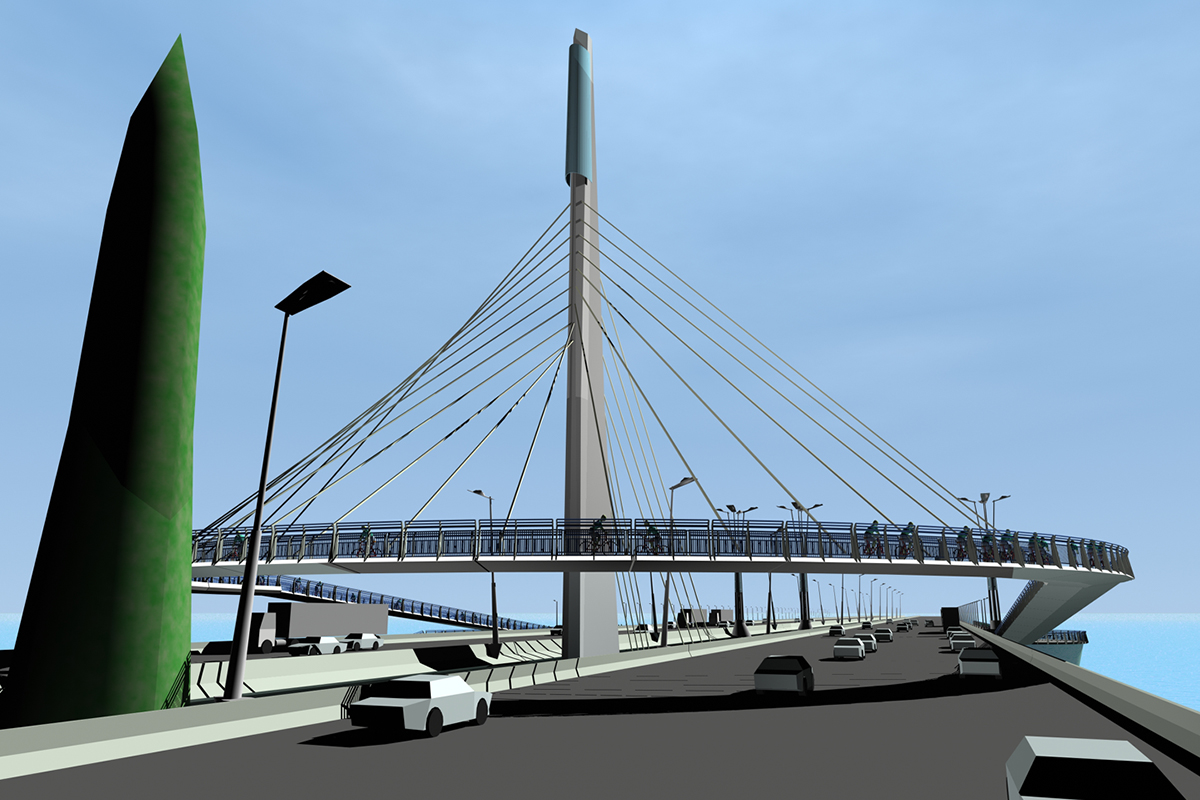 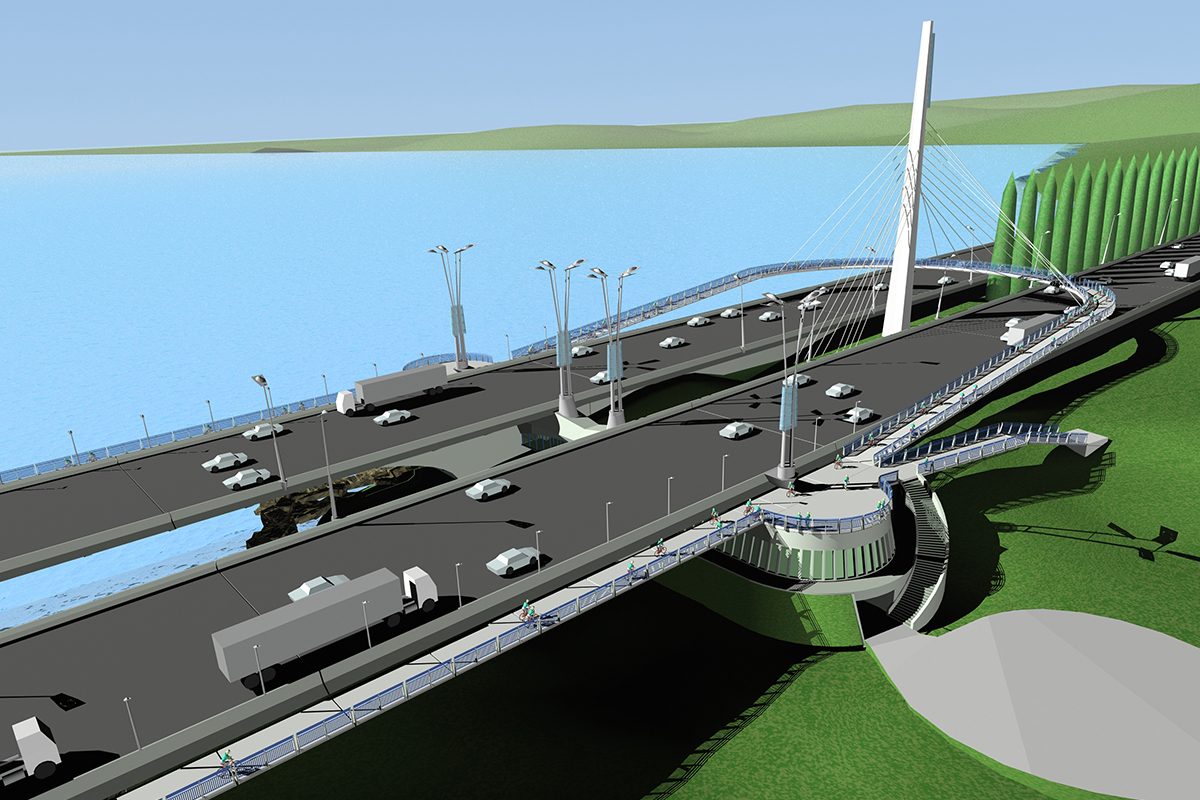 This new bridge was designed to replace the Eastern Section of the San Francisco-Oakland Bay Bridge between Yerba Buena Island and Oakland that was damaged in the 1989 Loma Prieta Earthquake. There were two design teams, both headed by T.Y. Lin International, developing two different structures for the bridge; a cable-stayed bridge and a self-anchored suspension bridge. Two-cable stayed alternatives were developed. The first was a traditional twin tower design. It is comprised of twin two-legged towers merging into a three-legged form below the deck. The second cable-stayed alternative was a single pylon located between the two roadways and was designed as a distinct and expressive structure for the Bay Area. In the end, a suspension-type bridge was selected.