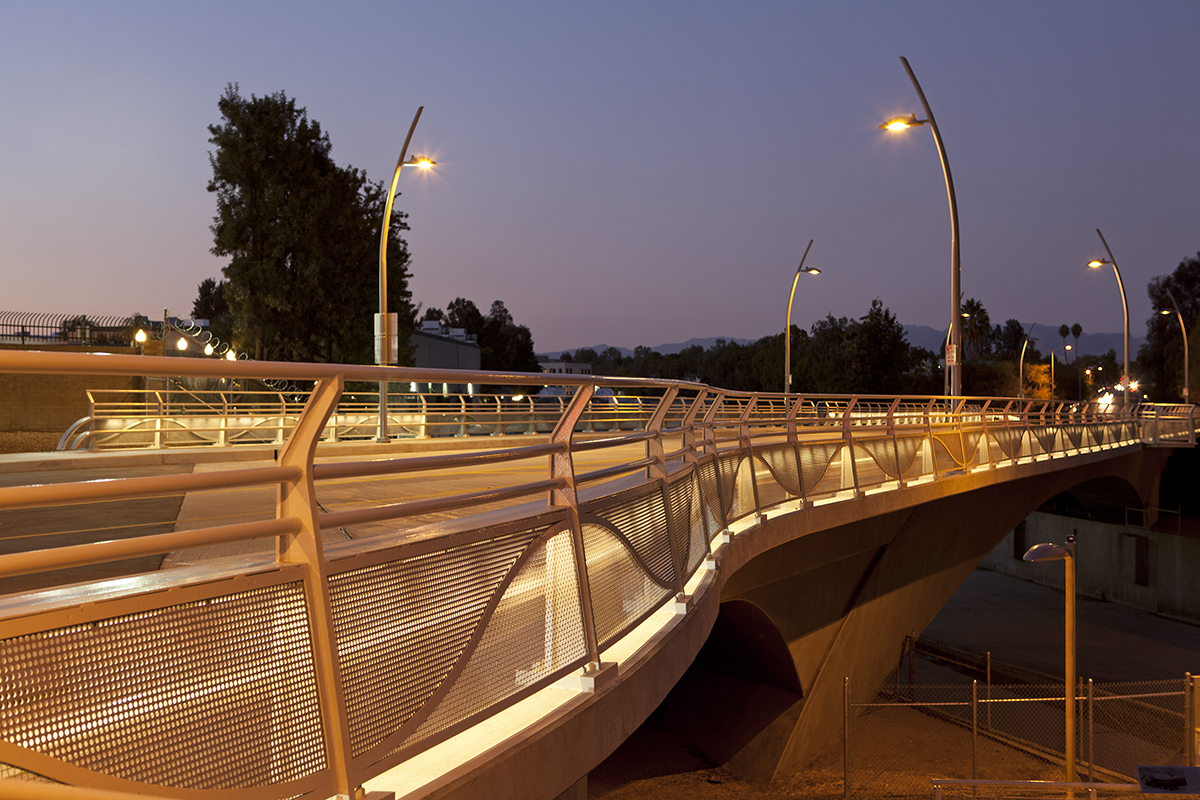 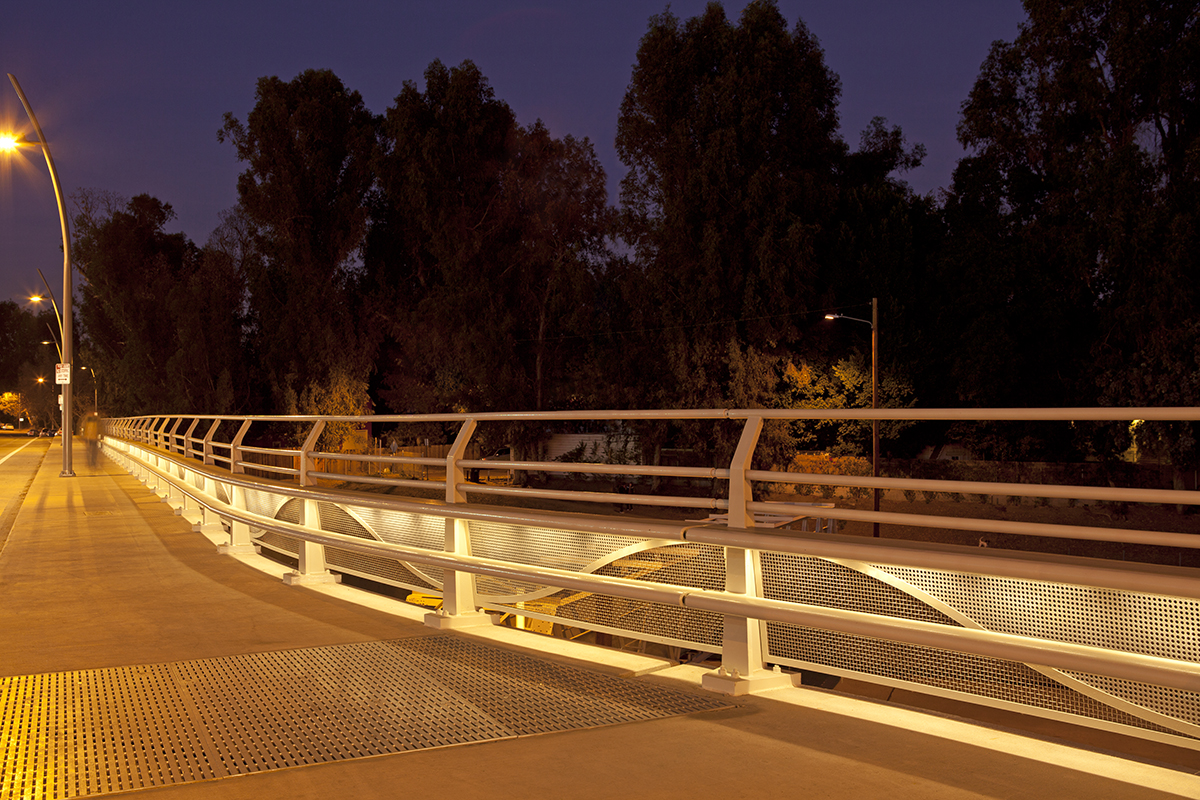 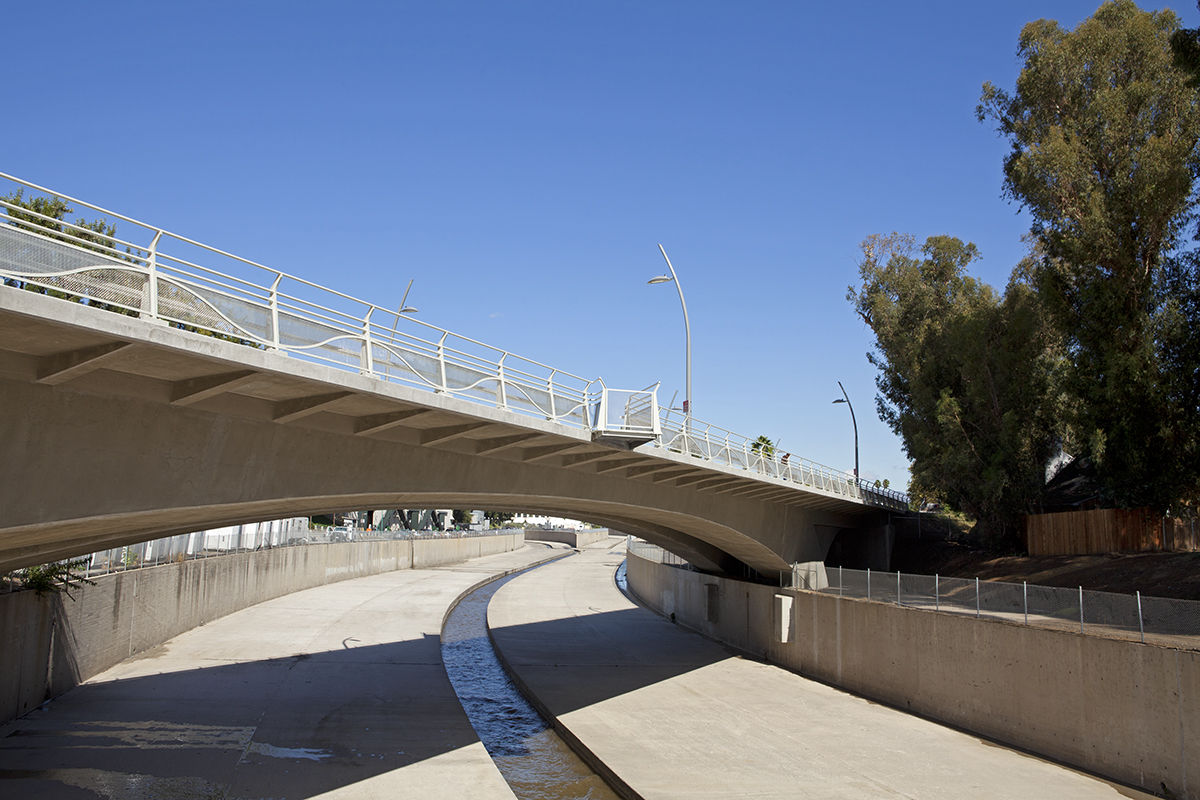 Safdie Rabines provided design support services for the replacement of the existing Colfax Avenue Bridge over the Los Angeles River in Studio City. The existing bridge was constructed in the mid-1950’s and considered functionally deficient and too costly to remodel. The new bridge is approximately 28 feet wider than the previous bridge and includes one 12-ft lane of traffic, a 5-ft bike lane and a 7-ft sidewalk in each direction. Because the bridge spans two communities and is highly visible to pedestrians, the City desired to construct a “signature” bridge. An extensive community outreach program was completed to solicit design. The bridge incorporates several architectural features that enhance its aesthetics. These features include small overlooks on each side of the bridge mid-span above the low-flow channel in the river; a decorative railing with integral LED lighting; three public art pieces; and street lights that distinguish and compliment the bridge style.

In collaboration with T.Y. Lin International